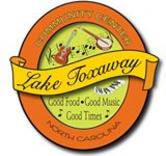 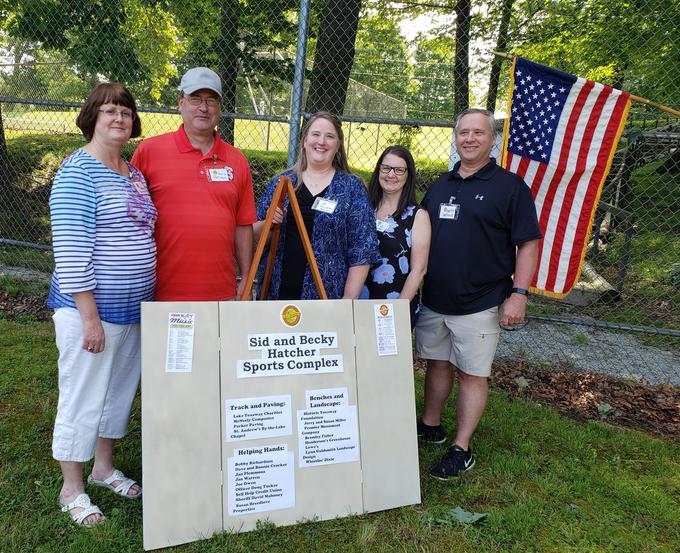 The Hatcher family moved up to Lake Toxaway in 1984

Sid came looking for a large tract of mountain land to grow Christmas trees. After searching Court house records in several counties and states and flying over in his plane to get an aerial view. He settled on 500 acres that was owned by the Lake Toxaway Company just north and west of Canaan Lan stretching to Panthertown Valley. Later the land proved to be non-usable for Christmas trees.

For several weeks and months, Sid stayed in the mountains without Becky, sleeping in the back of a pickup truck. He awoke one morning covered by several inches of fresh snow!

Sid and Becky’s first residence on the mountain was a small mobile home. Later the two of them constructed a small mountain cabin, afterwards building a larger home which they lived out their days at Lake Toxaway.

Becky shared in all the work being as comfortable in coveralls driving a huge John Deere tractor or a bulldozer, cleaning the mountain land as she was in a dress preparing the utmost country cooking. WOW those roasted pecans she fixed …. Were THE BEST !!!

Being a man and woman of God, they wasted no time in joining a local church, North Toxaway Baptist Church. And quickly won the hearts of all the local members of the community. Soon Sid was teaching Sunday School and Becky was playing the piano and organ at church, they felt right at home!

Then came the rest of the family, to join in living or visiting up in the mountains from “down east”. Sid was always known affectionally as “the mountain man from the flat lands” (Apex, NC) …Sid had earned his living as a tobacco farmer in the eastern part of the state.

Long after Sid and Becky’s passion for Christmas trees had passed, they evolved into community workers. Sid had a dream of a HUGE community center building and full-sized recreation ball field and walking track. Soon the plans for a large community building was complete and the construction began under Sid’s leadership.

Sid had started a major job of building the current ballfield and walking track. With his own equipment as well as other equipment donated by Carmen West and Bill McNeely they were able to finish the project with the help of many local volunteers. Sid set out to clear 5 to 6 acres of woodland which covered a deep ravine. Additional land was needed beyond what was already owned by the Community Center. Ivan Smith donated the balance of the land needed to complete the job. Over the course of the work that McNeely and the crew moved over 45,000 cubic yards of dirt. All with donated equipment and volunteer help!

Not many years later Sid and Becky’s age and health began to take its toll. The longing to return to their roots of “home” of eastern NC. Sid and Becky began to spend more time “back home” in Apex. Sid eventually succumbed to cancer and Becky followed soon after.

Those who loved them, and the green grasses of these mountains say “Thank you to Sid and Becky” for using your strength and work to make such a place as this possible!

Article written by Jack Hall  : in  June 2019 for the dedication of the Sid and Becky Hatcher  Sports Complex

We hope to present to you a bit of the history of our community center.

With your stories of the history.

We would appreciate all contributions.

​"My family moved up to Lake Toxaway in 1983 after scouting out land all over the mountains of North Carolina. Sid and Becky wanted live on top of an mountain over looking a lake and farm Christmas trees.

Lake Toxaway was the perfect fit for them. When they moved up to Raven Rock mountain, there was only a logging road past the gap at Canaan Land and Panther Town Valley. The first order of business was to build a road to the top of the mountain. Once that was completed, the clearing and building process began which included fields and 2 log cabins. It took a couple of years for electricity and phone service to be run up to the 5 miles of road to the house site from the last electric pole around the lake on Cold Mountain Road.

Our family quickly found a home at North Toxaway Baptist Church where both Sid and Becky happily served. Sid was a member of the choir and a Sunday school teacher, while Becky was a choir member, organist and a Sunday School teacher as well.

After making new friends and getting to know the community better Sid and Becky saw a need for a renovated community center and had a vision for what a enlarged facility could bring to the residents of Lake Toxaway.

They wanted a meeting place for community events like concerts and dinners, but also sporting events and recreation which would necessitate building a ball field. Sid shared his vision with community and got to work bringing this community complex to fruition. Members of the community would also help out throughout the building process as Sid worked to fulfill the vision of this community center. Sid and Becky were delighted to see the center being used and the community benefiting from the new building and grounds."